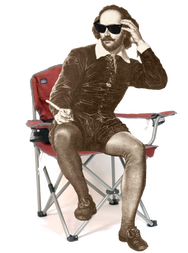 Click on the image to join The Push!
We're actually calling it "The Push for your Tush!" Our guy, Will, asserts in Measure for Measure that "your bum is the greatest thing about you," though he may have been referring specifically to the character, Pompey. But, since we'd hate to take a chance that he wasn't speaking generally, we must also consider the bums of our patrons -- and the comfort of the rest of their parts -- and do what we can to make the seating at Shakespeare in the Park more amenable! To that end... (see what we did there?)...to that end, we have launched a campaign to raise $5,000 during the month of June to allow us to implement the following work for this season!
This campaign is already off to a great start, so won't you help us make this site improvement plan happen?
Click the drawing plans to enlarge!

Here's what we'll be doing, and how much we've raised so far!! 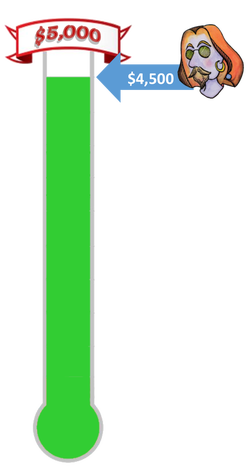 As a member, you are entitled to a reserved seating space at the 2017 Shakespeare in the Park production, and a discount on reserving additional spaces (along with other great benefits of membership).

When we receive your membership confirmation, we'll be in touch with the unique password you'll need to use to make your benefit-of-membership reservation.

A few fine points when reserving your space:
It's that simple!!